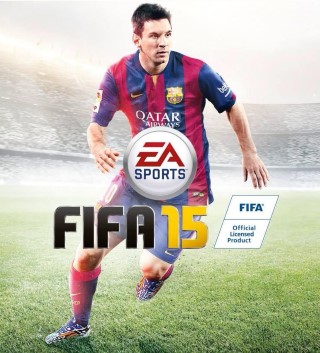 FIFA 15 has been released and the fans cannot get enough. The game released in the U.S. on September 23 and in all other countries on the 25th of September. FIFA 15 brings the game of soccer to life with stunning graphics so that fans can feel the emotion of the sport like never before. The game is full of new surprises and has really outdone the old FIFA 14. FIFA 15 is killing the UK sales chart at the moment. The game totaled 87% of the UKʼs total weekly market revenue. That’s up 23% in revenue from FIFA 14. One huge new feature that has been included in FIFA 15 is emotional intelligence. EA Sports has said that, “With over 600 new emotional reactions, players now respond to big moments on the pitch as they would in real life. Each player has an attitude or feeling towards every teammate and opponent on the pitch.” I have played the game and have really seen the emotions in the players I control during the game. Injuries, missed chances and crucial goals cause the players to react like they would in a real match. Players emotions are based on whatʼs happening during the match. Another huge feature that is included in FIFA 15 is how breathtaking the players look. EA Sports has said, “The Next Generation football player is here. Player faces have an incredible level of detail, while character models look and feel powerful and athletic kits (uniforms) move realistically and change with the environment, becoming dirty with mud and grass as the match unfolds.”

This game is very enjoyable and is a perfect game to play with your friends. The competitive nature of the game is unreal. Every time I play my heart will beat faster and faster when nearing the 90 minute end to the game. There will always be heated arguments between you and the friends you play with. For example, my friends and I argue almost everyday about who is the best and who has the best Ultimate Team. Ultimate Team is a game mode within FIFA where you get to own a club, name your club, and basically put a team together. To get your players for your team you can play matches to gain coins or you can have friendly game wagers with your friends. Once you have coins you can buy players off something called the transfer market where players list players up for sale or do something called “pulling packs.” “Pulling Packs” is a way where you can get lucky and get a high rated player through purchasing packs of players for your team from EA. Playing your friends has never been easier. EA Sports mentions on their website that, “The new Friendly Seasons mode lets you challenge your friends in a 1 v 1 version of the fan favorite seasons format and track your stats against them. Win seasons to earn the current title holder position and the bragging rights that come with it!” Right now, I have the best Ultimate Team between my friends and I and have the best record so I think I have earned my bragging rights. Sorry Nima, Asad, Mateo, Matthew, Martin, and Jordan but I will always be number one!

View all posts by teddysolomon