On Monday night, I went to the Alt-J concert at the Greek Theater. For a review on their newest album check the This Is All Yours Review.

Honestly, I was hesitant about the concert, as the live recordings I had heard weren’t the best. I was afraid their live performance would not live up to the quality of their produced music.

Before sitting down, I surveyed the crowd and was surprised to find an older audience than I expected. The average age was closer to 28 than 18. There was a mix between diehard fans and confused adults.

The opening band was THE ACID, who has been touring with Alt-J in the North American leg. THE ACID is a relatively unknown band, most known for their recent album, Liminal. They played their hit songs Basic Instinct, Fame, Animal, along with others from the album. They were an extremely eccentric electronic group with a genre only describable as atmospheric music. Although it was obvious that the singing and music were great, there was not much interaction with the audience, something an opening band needs. Nevertheless, THE ACID brought a lot of excitement for Alt-J.

If you want to check out their music: http://wearetheacid.com/ and https://soundcloud.com/the-acid-sounds

When Alt-J came on, the crowd went wild. The four stepped out into a sea of smoke with only their silhouettes seen from the audience. From the first song, there was no longer any doubt that the live performance would not be amazing. Their 18-song set list included songs and interludes from both albums.

From the better-than-recordings vocals of Joe Newman to the immensely talented drumming of Thom Green, songs like “Warm Foothills” and “Nara” were even more beautiful live. Keyboardist and back-vocalist Gus Unger-Hamilton blended the complicated chords with gorgeous harmonies. Even Cameron, the substitute guitar player, adjusted to the music with such ease. Songs like “Tessellate” and “Taro” (my favorite!) that seemed impossible to play live, were pulled off incredibly with substitutions that even sounded better on some songs. The crowd’s energy and appreciation was palpable. Although Alt-J is not the most upbeat or popular music, but in songs like “Matilda”, the audience was singing along. When they were ending with “Breezeblocks”, lyrics like “please don’t go, please don’t go/ I love you so, I love you so” manifested themselves in the audience and the band. It was evident both did not want the concert to end.

The only complaint was I wished they had played more songs, especially “Pusher” from their newest album. The concert seemed to fly by, even though every song was not rushed through. To put it as simply, and hopefully not pretentiously, as possible, Alt-J is so much more amazing live! I left feeling bittersweet, but definitely glad I went.

Here are some photos from the night: 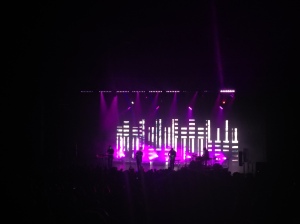 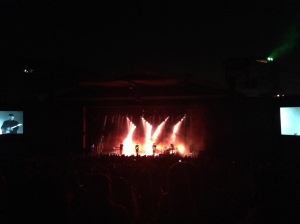 View all posts by jadeyen

One thought on “Alt-J Concert Review”