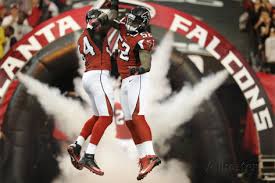 Who would’ve thought that the NFC South would be the toughest division this season? Up to this point, they have been. The Atlanta Falcons are 5-0 and the Carolina Panthers are 4-0. The Falcons, with the help of Devonta Freeman, have been simply manhandling teams. The Panthers, without any notable receivers, have relied on Cam Newton to help them get this far. Outside of the NFC South, The Cincinnati Bengals have also shown they are for real this year and are 5-0. Andy Dalton has played well and hasn’t cost the Bengals any games. The Denver Broncos have been led by their defense, rather than by Peyton Manning. They have single-handedly won games on defense. The Seattle Seahawks have been underperforming and are 2-3. The Arizona Cardinals have cruised to a 4-1 record with Carson Palmer and average 38 points a game! With that kind of offense, and a solid defense, the Cardinals can go far.

Injuries have also played a big role so far this season. The Dallas Cowboys have lost both Tony Romo and Dez Bryant and it will be tough for them to make the playoffs. The Pittsburgh Steelers lost Ben Roethlisberger but they are at 3-2 and can possibly make the wildcard with Big Ben returning this week. So far, the New England Patriots and Green Bay Packers look like favorites to be in the Superbowl.

View all posts by nimazaghari