WARNING: This article contains spoilers concerning last week’s episode of Empire. Do not read on if you wish to watch this glorious piece of television for yourself.

Last Wednesday, Empire’s mid-season finale aired, and millions of fans across the country were devastated. Not only because we won’t be jamming to any new toe-tapping tunes by Jussie Smollet, but because of several tragic incidents that took place in the 42 minutes of impeccable television.

Firstly, Lucious Lyon was removed as the CEO of the company he founded! His so-called friend Mimi organized a board of directors vote to oust him, but the true betrayal came from his own son Hakeem. He was the deciding vote to remove his father from the position, and has now been ostracized from the family. The youngest son had always felt overlooked by his father,  and this was his way of ‘sticking it to the man.’ However, this impulsive decision will undoubtedly come back to haunt him. While Lucious may not do anything to directly hurt his son, I predict he will cut him off, try to sabotage his relationship with Laura, and destroy Lyon Dynasty. 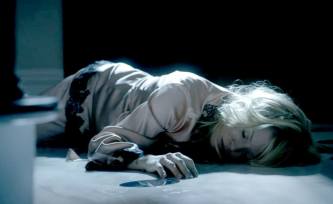 Even though Lucious’ predicament is unfortunate, the true jaw-dropping moment took place in the last few minutes of the episode. Rhonda is Andre Lyon’s pregnant wife, and everyone in the family was thrilled to hear that the newest Lyon would be on the way. But a mysterious shadow ambushed her in her home and shoved her down multiple flights of stairs. The finale ended with her lying in a pool of her own blood. There is little question that the baby boy is dead- but did Rhonda die with him? I was devastated at this twist, as Rhonda’s baby could have united the family in a time when everyone is at at each other’s throats. If Rhonda herself is going to die, Andre will be thrown into a spiral of depression, and his bipolar disorder will only worsen.

In the scenes from next, Andre is seen sobbing on the floor of the nursery, alone. This could mean that he is mourning both his wife and child, or that Rhonda is in the hospital while he grieves their baby. Or perhaps everyone is ok and the sobbing is just for melodrama! No? Ok. Yeah, they’re probably both dead.

I interviewed a fellow fan of Empire, 12th grader Miranda D.S., to receive a different perspective on these shocking events.

What do you think will change now that Lucious isn’t in charge of Empire?

Lucious will be in charge of Empire again soon– I’m not worried. 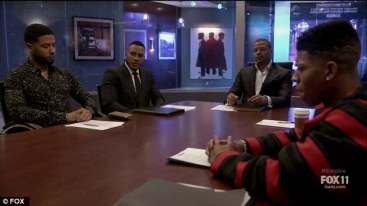 What do you think will be the repercussions of Hakeem’s actions?

Oh Hakeem. I think Lucious will no longer fight or stand up for him and he will get less respect from his family. I definitely think Cookie will forgive him, because he’s her baby, but I doubt Andre will because he’s very company-centered. But Andre has his own things going on right now though so….

Q: Do you like the direction the show is going in?

A: No. The writing is good, but I don’t like that Lucious was removed and that Rhonda’s kid is RIP. I don’t like that everything is taking a turn for the worst but that always happens in this show, so I guess I gotta accept it and move on.

Assuming everything good will die is a safe way to protect yourself from emotional trauma, and that’s what a lot of Empire viewers have done. Even when Rhonda became pregnant, I was very doubtful she would carry the child to term, and it seems that prediction has come true. To know the outcome of these dramatic events, tune in to Empire when it returns in March. Let’s hope we can stay sane until then.

View all posts by niicolemendoza