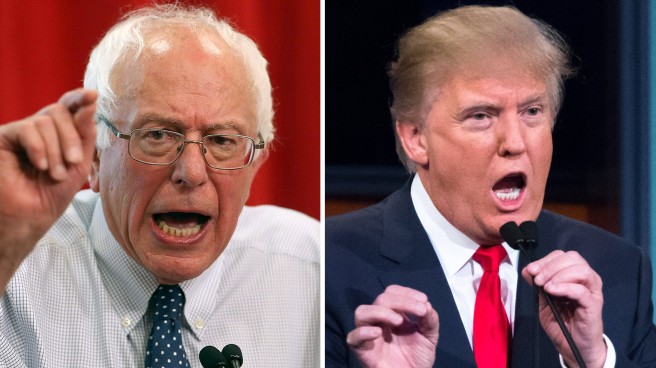 On February 9, 2016, the New Hampshire Primary occurred. Let’s start with breaking down the winners: unsurprisingly, Donald Trump and Bernie Sanders were the clear winners of the New Hampshire primary. Bernie Sanders became the first Jewish person to win a primary. Donald Trump became the first person at 69 years old to still take online tantrums and win a primary!

Interestingly enough, New Hampshire proved to be a contrast to Iowa. Cruz, who won with 8 delegates in Iowa, received only two delegates in New Hampshire, landing third place in NH. Marco Rubio, who finished a strong third in Iowa, ended in a not-as-strong fifth place in New Hampshire. In conclusion, the Republican race is still all over the place. In other news, Hillary Clinton, who won in Iowa by a meager 0.3%, fell to Sanders by roughly 20%.

New Hampshire marked the end of the line for many running for president. We suggest you play Sarah McLaghlan’s “Angel” as you read through the next names. We can officially say RIP to the campaigns of Carly Fiorina and Chris Christie. Other candidacies, such as those belonging to George Pataki, Bobby Jindal, Martin O’Malley, Lindsey Graham, Rick Santorum, Mike Huckabee and Rand Paul, have been dead for quite a couple days, if not weeks. If the voting in Iowa and New Hampshire does anything, it definitely eliminates the weaklings. However, Jim Gilmore has yet to drop out of the race, even though he received less votes than Vermin Supreme–a fake, wizard candidate–AND only 10 people showed up to his primary party in New Hampshire. I guess he’s just not a weakling. Okay, turn off the Sarah McLaghlan.

So where will our candidates be headed next? Our Republican candidates, including Jim Gilmore, will be en route South Carolina for their Republican Primary on February 20th. Bernie and Hillary, on the other hand, will be headed to Nevada for the Democratic Caucus on the same day. Then, a couple days later, the candidates will switch places for the Nevada caucus and the South Carolina primary on Feb 23 and Feb 27, respectively. Although Hillary won the Nevada caucus in 2008, it is predicted that Bernie may take Nevada as well.

No presidential vote is complete without memes. So, without further ado, here are some great tweets, memes, and other internet type things.

Happy election season! Share this to keep your friends and classmates informed!