Aaaaaaand… WE MADE IT! After a rough 2014-2015 season, the Los Angeles Kings came back strong and clinched a playoff spot. To be fair to the rest of NHL fans, I’ll try my best not to focus exclusively on the Los Angeles Kings, but more on the league as a whole. As we near the beginning of playoff season, some teams with only one game left, the intensity of final regular season games increase. Last night, the Kings battled the Ducks for the top spot in the Pacific Division. Drew Doughty even commented on the atmosphere of the game, saying it felt much like a playoff game. These final games, for each team, may predict who they will go on to play in playoffs. If the Kings and Ducks play their cards right, they might just meet in the playoffs.

Who made the playoffs?

Who didn’t make the playoffs?

All seven Canadian teams. Although hockey is the livelihood of Canada, each Canadian team has missed out on the playoffs, which hasn’t happened since the 1970s. Some believe this may affect the Canadian economy as many Canadians won’t be sitting in bars, buying fan gear, and going to games. That being said, most of NHL teams have a solid amount of Canadian players, so the Cup will probably spend its summer in Canada anyway. 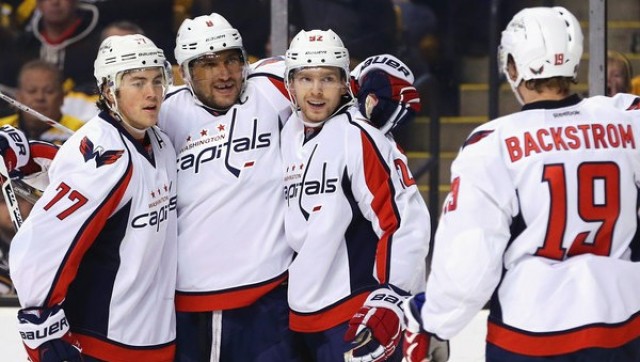 Who’s going to win the Cup?

Most people peg the Washington Capitals to make it to the finals–and maybe even take home the Cup. PredictWise, a prediction site created by economist David Rothschild, states that the Washington Capitals have a 17% chance of winning the cup, followed by the Los Angeles Kings who have a 12% chance. The bracket has yet to be officially set.

Who do you peg to win the Cup? Tell us on Twitter! @NewWestPress