Last week in Coach Campbell’s PE classes, students participated in the Eagle Challenge. The Eagle Challenge was a week long series of events that teams of students took part in. The challenges included planks, push ups, frog leaps, and wall sits. Each class was divided up into teams, and each team member participated in one event. The winners of each event could earn up to 5 points. The team that won the most points was eligible for extra credit, which for some, made the difference between an A and a B in the class. The group events–where every team member participated–included the sprint and agility ladder relays, plank circle, and the mile run. Team events were the most difficult because they required cooperation and effort from every team member in order to win. 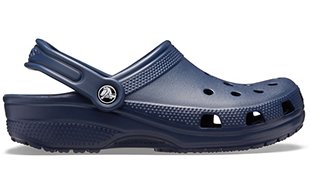 The most prestigious event was the mile run, where the winning team could take 10 points. Each team member had to run one lap around Stoner Park (four laps is equal to a mile). In a shocking turn of events, Griffin Wells beat Nick Guymon–champion of the mile run–in the last lap of the mile relay, leading his team to victory (granted, Griffin did have a significant head start because of the relay). Even more impressive, Griffin was able to run such a fast lap, all the while wearing a stylish pair of navy blue Crocs. Griffin thoroughly impressed the entire class, and Coach Campbell in particular. In Coach’s words, Griffin “will go down in PE history. His story will be told to generations of New West PE students.”